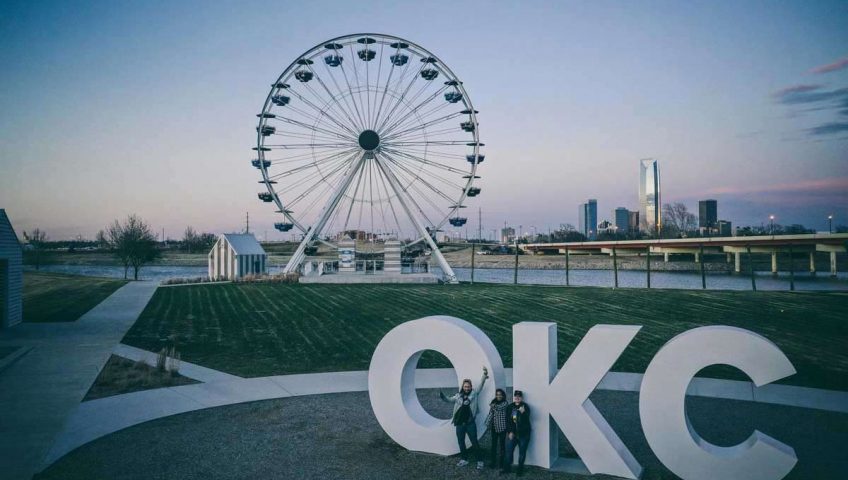 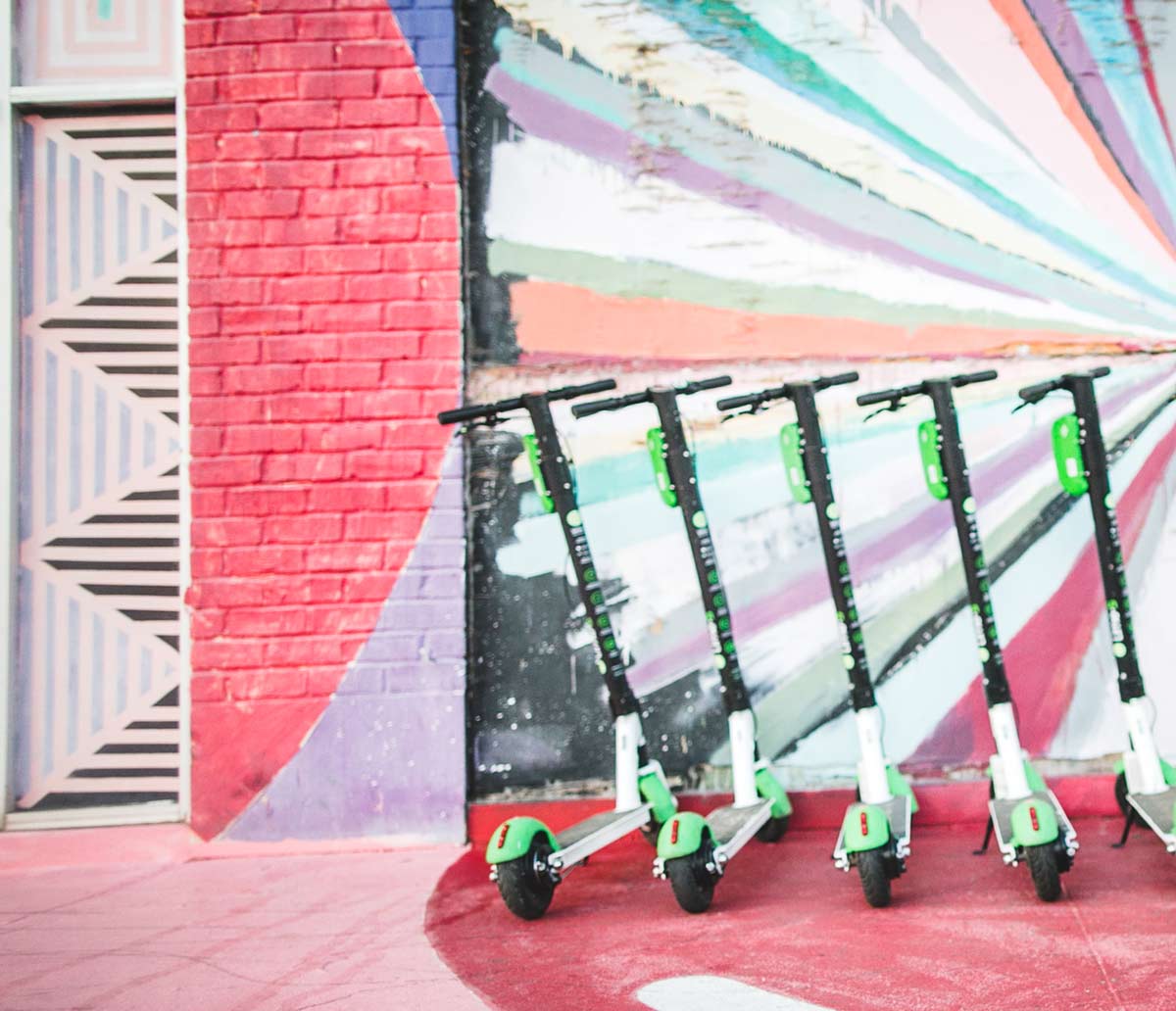 The Factory Obscura Mixtape resides in the older building that was once known as The Womb. Operated by Wayne Coyne and the Flaming Lips, the Womb was an art space, sometimes party underground location and often sought after place to catch some cool views of large murals that covered the building. Before that is was the Studebaker Building in Automobile Alley according to a book recently put out by Sam Anderson titled Boomtown. Aside from it’s rich history, Factory Obscura is a well revered psychedelic, ever changing art gallery based right here in Oklahoma City. So, if you’re looking for an immersive experience outside of your everyday routine, all within the proximity of the many walkable restaurants of Automobile Alley, this is your spot.

Beneath the city, spanning an area of over 20 blocks there is a series of decorated tunnels that connect under Oklahoma City. With secret entrances all around the city, the tunnel system formerly known as The Concourse shelters artwork, historical pieces and multi colored fluorescent lighting. Aside from being an experience, you can actually use the tunnels to get around the city or connect yourself to the underground post office and many shops and stores. This hidden gem is open Monday to Friday from 6am to 8pm and is free to the public. 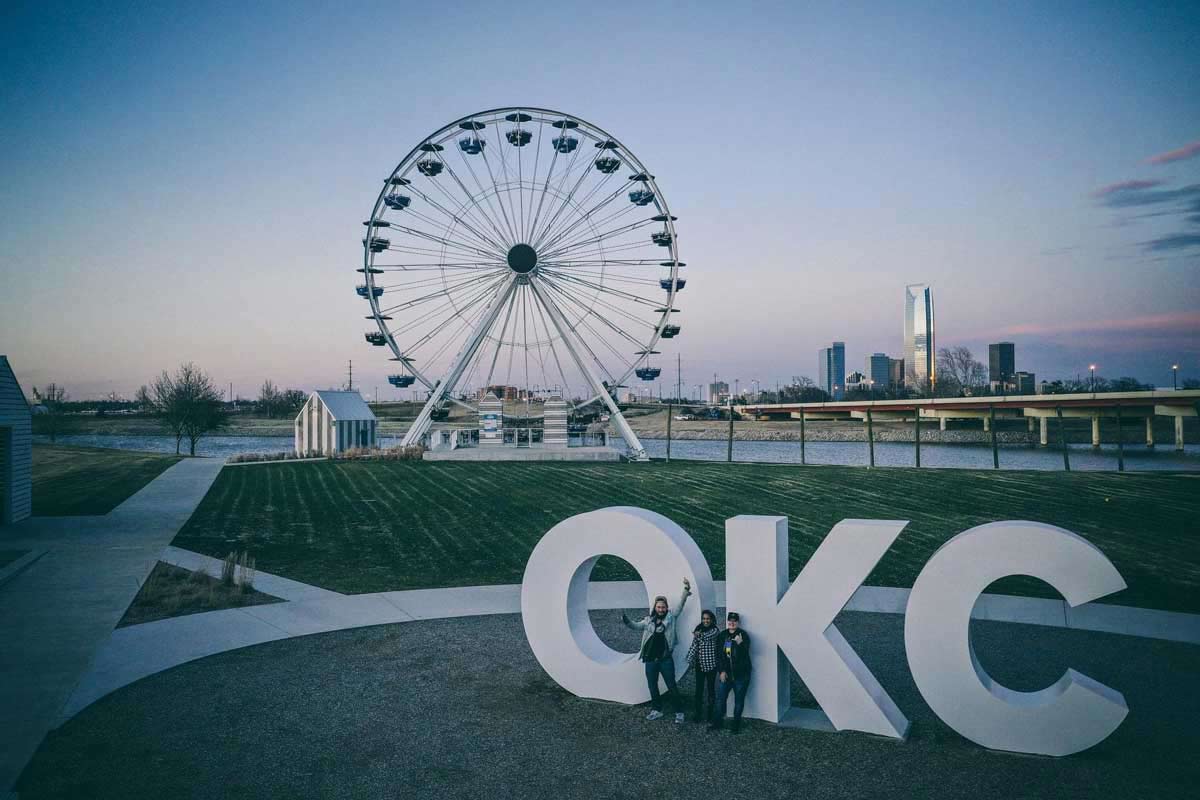 Once iconic for another reason, the over 100 foot ferris wheel in the middle of Oklahoma City used to transport beachgoers into the skies of Santa Monica on the pier in California. After it was apparently purchased on eBay a local developer poured over a million dollars into the project, so it could now connect the Midtown area and Capital Hill. The riverfront attraction can also be accessed by a bike trail that goes up and down the Oklahoma river. 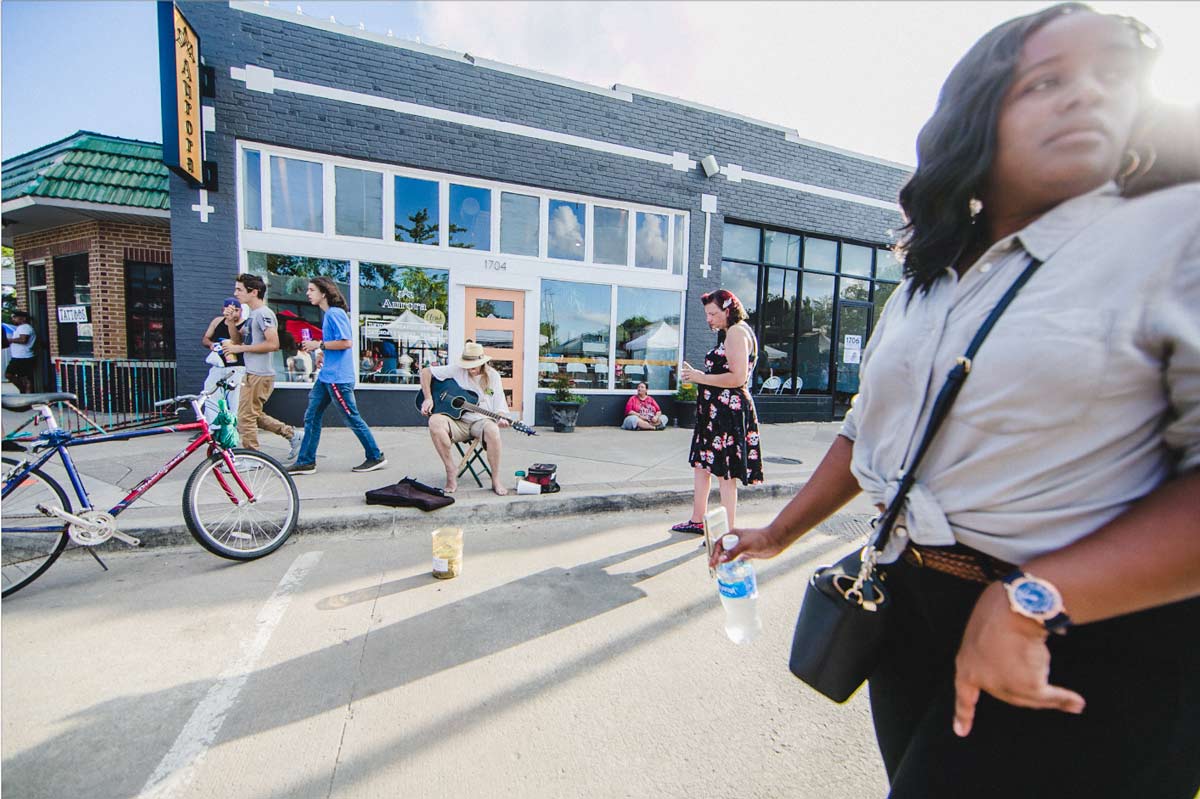 The 16th Street Plaza District has been around since the 20’s or 30’s. Originally it housed local businesses and by the mid 30’s the famous Plaza Theater. Throughout the years the area has seen many changes, but recently it has become famous for its world class mural district known as the Plaza Walls. The mural collection constantly rotates with art work being put up by artists from all over the country and world when they come through town. It’s the home of many creative artists, bars and excellent spots to eat. The Press, Empire Slice House and The Mule are just a few of the great spots to get food while you’re out at the 2nd Friday Art Walks, Annual Plaza Festival, one of the many festivities that commonly occur or just another fun day in the neighborhood. 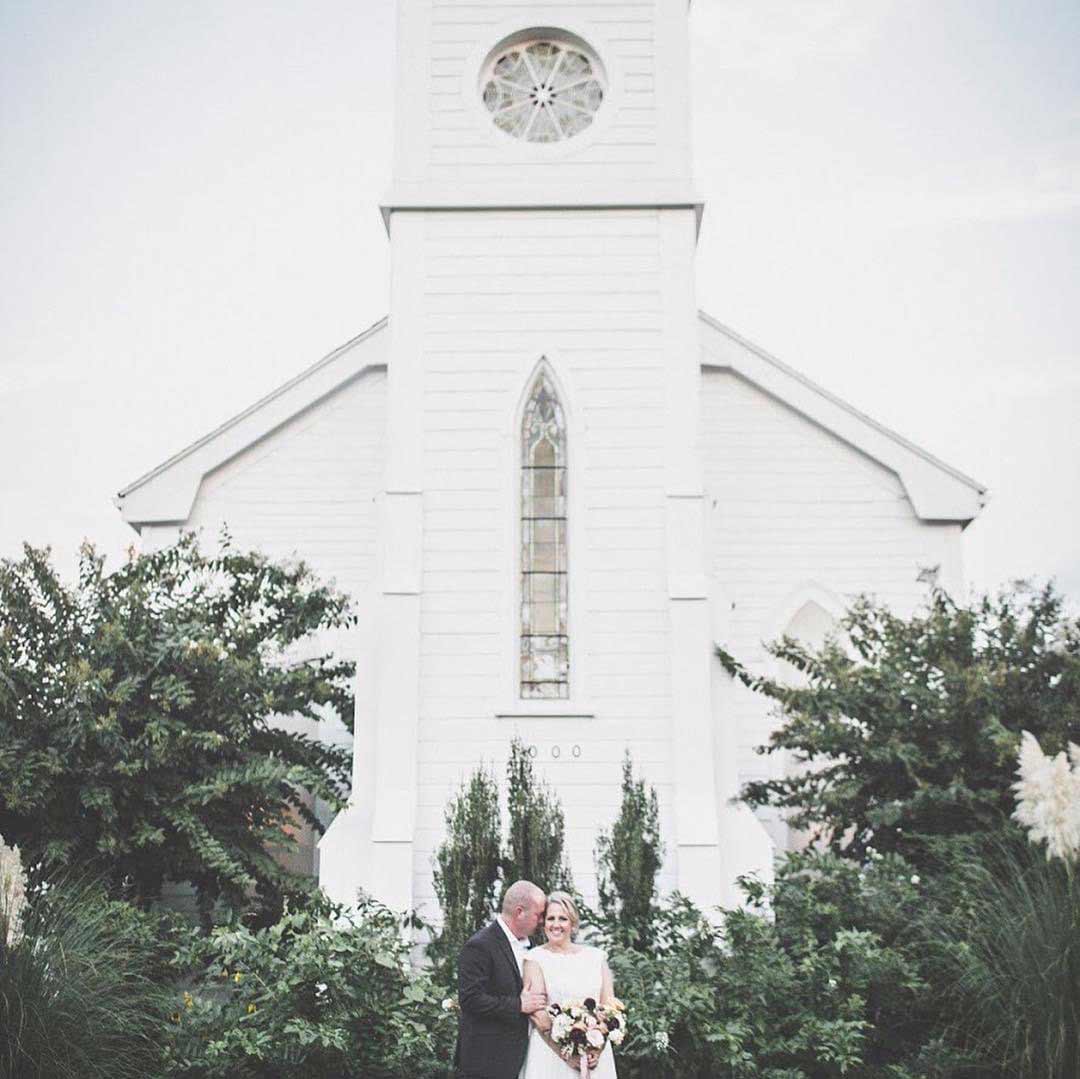 6. Paseo District
Originally Oklahoma City’s first shopping area in 1929. The Paseo arts district while always home to small business, wasn’t really an arts district until the counter culture movement and the 1970’s. This strip still has it’s old charm and historic buildings while it is also updated and growing in new ways. The Paseo Fest and monthly 1st Friday Art walks give locals something to do. While the stores, art galleries, restaurants and bars provide fun day and night. Check out the Paseo website to stay current with the happenings. 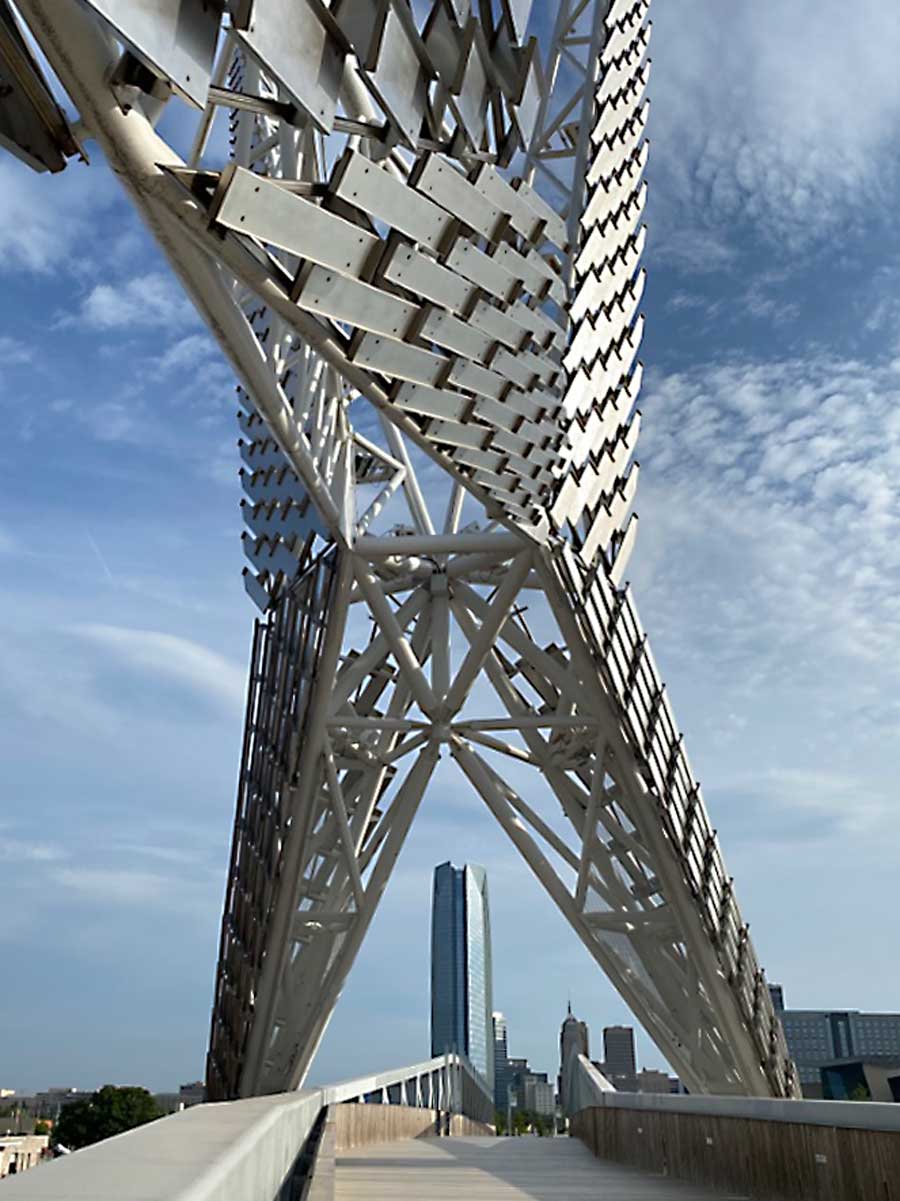 The 197 foot tall sculpture right next to the 400 foot bridge that goes over the interstate is an homage to the state bird of Oklahoma, the scissortail flycatcher. The sky high renowned public art piece can be your marker for finding the newly created Scissortail Park in downtown Oklahoma City. The piece is lit up for different holidays and can be seen for miles away. It was named top 50 public art pieces in the Review by Americans for the Arts in 2012. And for good reason to anyone who has seen the sculpture in person.

With the worlds largest collection of rodeo photographs Oklahoma City’s Cowboy Hall of Fame is a one of kind museum. With over 200,000 square feet, this Oklahoma classic has curated the perfect space for the wild west enthusiast or anyone who wants to catch a glimpse of this rich history. It is also touted to have many Native American artifacts inside its walls. It should be just a glimpse into the detail that will be put into the First American Museum looking to open later this year in September.

3. Eating Out at Lake Hefner

With several choices to eat right on the water, you are free to choose what you want to eat as you watch the sun melt into the water. Mama Roja’s Mexican Kitchen offers an incredible view and classic take on the messy Tex Mex style food that Oklahoma excels in. Hefner Grill, which pushes the boundaries on high end pub food, makes good seafood and steaks as well all while overlooking the water. Louis on the Lake which offers up a casual hang, nice prices, cold beer and views of the famous Lake Hefner lighthouse. And finally Redrock Canyon Grill’s waterside patio lets you watch sailboats roll in as you chomp on southwestern fine dining.

Whether it’s the OKC Bricktown Water Taxi, going to see a movie at the Harkin Theater, Putt Putt Golf, Bowling at Hey Day, having a drink on the River Walk or catching a ball game, Bricktown has got options. The historic entertainment district started popping up building as early as 1898. However the area has grown over time. From the depression to the 1980’s the area saw some hard times. However, with the induction of the MAPS project, the area has sparked new life. The ballpark opened in 1998 and the canal the next year. Now it is a bustling area full of great food, drinks, hotels and a variety of activities. Read more about it here. 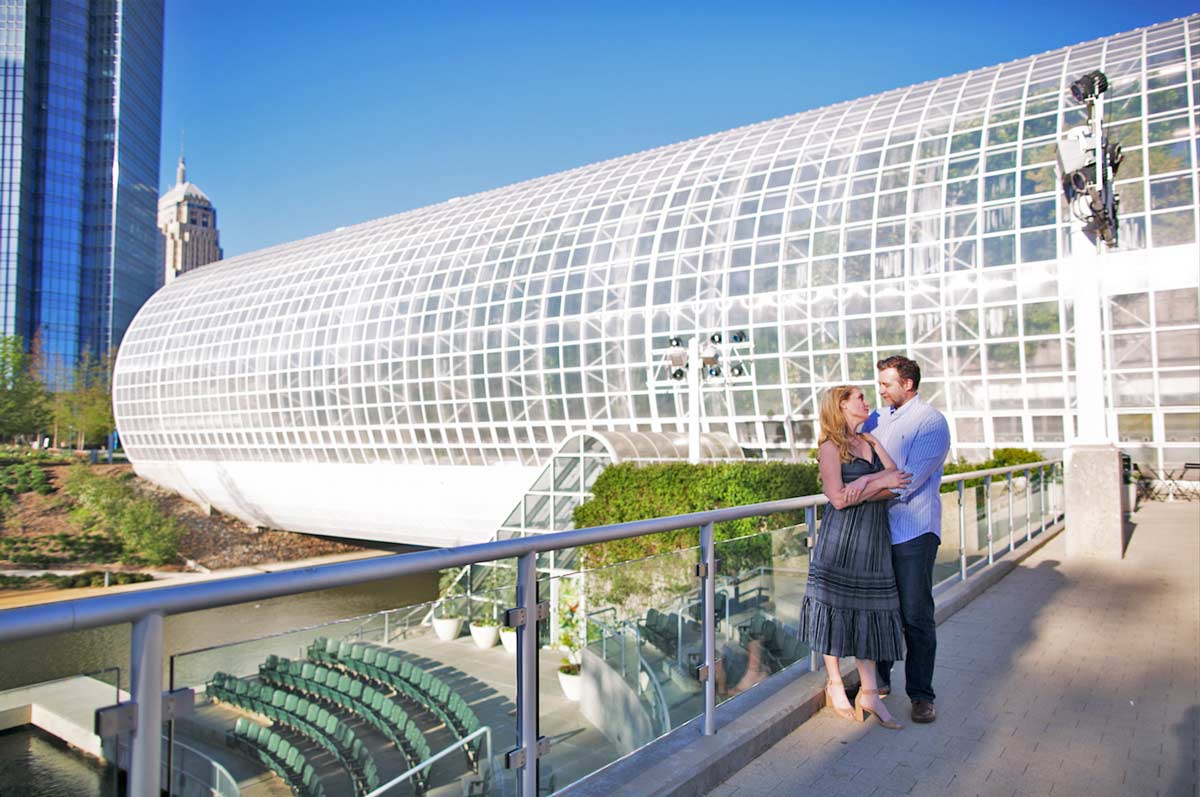 1. Myriad Botanical Gardens
This 17 acre botanical garden and urban park is more than picturesque. There’s a reason why you see people doing photoshoots everywhere when you walk through. The lovely green, spacious area is enough to inspire anyone. While currently under renovation, the inside is also home to the crystal bridge and it’s array of tropical plants and animals. Not to mention the proximity to the Devon Tower and the walkable Scissortail Park. Read more here. 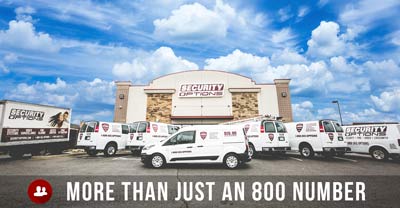